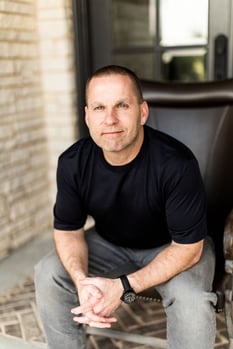 How to Find Freedom Through Your Identity in Christ

I’ve had to wrestle with my identity through the years.

As I was growing up, lots of people told me that I was a great businessman. Even as a teenager, I realized God had blessed me with the gift of entrepreneurship. He gave me that ability as a way for me to bring glory to Him and advance His kingdom.

Unfortunately, I latched onto making money as a businessman and allowed my whole identity to come from that mindset. But over several years, I went through a series of humbling experiences that altered the course of my life -- and the way I saw myself.

Once I stepped out of the “businessman” persona, I began to look for who I was in Christ. During that process, God shifted my identity from being focused on me to being focused on Him. When our sense of self is based on something temporal, that’s a recipe for an identity crisis. We can only be who God created us to be when our entire being is rooted in Christ.

If we’re not intentional with our mindset, we can get hooked on false narratives for our identity. For example, it may be the idea that relationships, even if they are very unhealthy, will provide the security we crave, or it may be in reliving our past accomplishments or failures.

For me, I told myself a false story that said I was only as good as my financial net worth. This led to a struggle with greed. I had to lose the label that the world had given me to pick up a new identity in Christ, my true identity. As I prayed, God told me,

“It's not about what you do or what you accomplish or how much money you make. It's about belonging to Me. When you accepted Me as your Lord and Savior, you became my son, and you became an heir to all that I am and all that I have.”

That's a huge shift to work through. First, I had to accept who God said I was. Then, I had to shift my thinking from money being the source of joy to recognizing and thanking God for the gifts and resources he wanted me to steward.

My identity didn’t change overnight. But slowly, I began to see myself as Christ’s son, and this new view of myself challenged me to pursue learning to hear the voice of God and leading in a way that serves the people around me.

Gradually, the voice of God became more evident and more apparent to me, and I followed where the Lord led me. As I daily sought to find my identity in the Lord, I saw Him shape me (and I’m still being shaped) into an image of Jesus for others to see.

"Yet you, Lord, are our Father. We are the clay, you are the potter; we are all the work of your hand."

Even when the process is humbling and challenging, freedom comes when we root our identity in Christ. As He changes us, we gain more confidence, walk in peace, and lead others to Him.

You may or may not know we’ve launched a new way to connect through the John Houston Podcast! Technology is amazing, and I’m continually thankful for the different ways we get to interact with you.

A Leader's Response To Recession

How should a Christian business leader respond to a recession or financial crisis?

END_OF_DOCUMENT_TOKEN_TO_BE_REPLACED
Back to Blog Home

Site Designed and Developed by 5by5 - A Change Agency